At 6,514 feet, Thumb Butte, a prominent summit of volcanic origin, dominates the western skyline of Prescott, AZ, and serves as an iconic landmark for residents and visitors alike. In the early 1990s, the Central Arizona Land Trust (CALT) formed, in part, because of development threats at its base. CALT, working with the City of Prescott (COP) and bolstered by overwhelming public support, protected the eastern flank or face of Thumb Butte permanently from development.

The story begins in the early 1980s with the construction of what was known as the 'Scar' – a building platform excavated  for  a  future  home  site  by  the  landowners  at  the time.  The  unsightly  earthworks  generated  negative  public reaction,   which   ultimately   convinced   the   landowner   to abandon  building on the site. The parcel was eventually put up  for  sale  in  the  early  1990s.  CALT  and  the  COP  jointly acquired it on January 5, 1993 and the adjacent parcel to the east on September 15, 2005 after an extensive public fundraising campaign to purchase both. The 'Scar' acquisition was also the beginning of a concerted effort by CALT and the COP to raise additional   funds   to   acquire other adjacent parcels.
‍
Ultimately,  CALT  and  the  COP  raised  funds  to  acquire  six additional parcels for a total of seven acres. Once purchased, conservation easements were established to ensure permanent protection from development and then conveyed to the City of Prescott as public open space. CALT refers to the contiguous parcels as the “Thumb Butte Conservation Easement”. 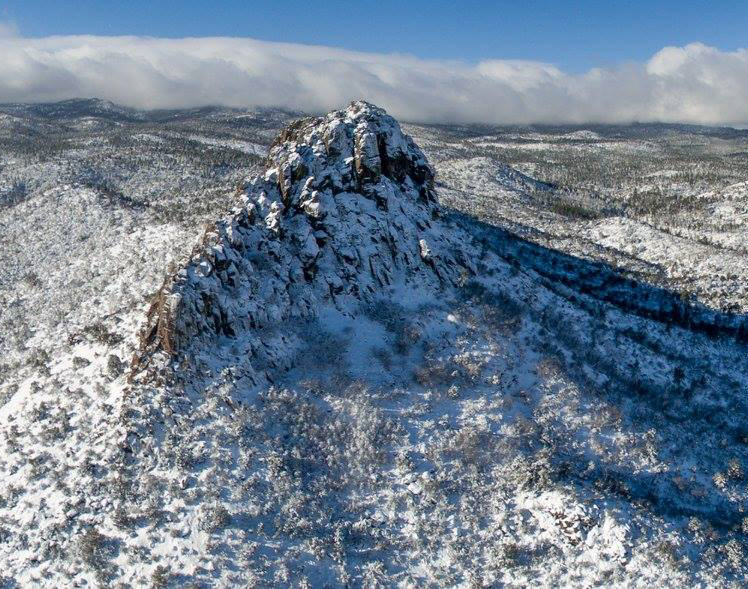 The 9.7- acre Boyle Debusk Conservation Easement is an ecologically diverse and scenic natural area located approximately 1.5 miles southwest of downtown Prescott, AZ. The Property was originally acquired by Helen Marie Boyle and Wesley Debusk in the 1950’s. The couple donated the entire property, including the family cabin, to the City of Prescott in 2002. A conservation easement was conveyed by the City of Prescott in 2003, and is now part of the City’s Public Open Space holdings.

The conservation easement can be accessed via Limberlost Lane and Clubhouse Drive by driving on US Highway 89 (White Spar Road) south from downtown Prescott.

Several hiking trails meander through the conservation easement, providing recreational opportunities for the surrounding Mountain Club subdivision. A scenic primary trail of moderate difficulty is accessed at the end of Limberlost Lane. It runs southeastward to the southern part of the conservation easement and parallels, in part, a portion of the riparian area.

Other trailheads are located on East Hill Circle Dr. (Boyle and East Hill Circle Trailheads). All signed trailheads adjacent the conservation easement have limited parking. The City of Prescott maintains adequate signage at all trailheads and has provided a dog-waste bag station at the Limberlost Trailhead. The driveway accessing the Property and parking adjacent to the Boyle Debusk Cabin is restricted to City of Prescott personnel. 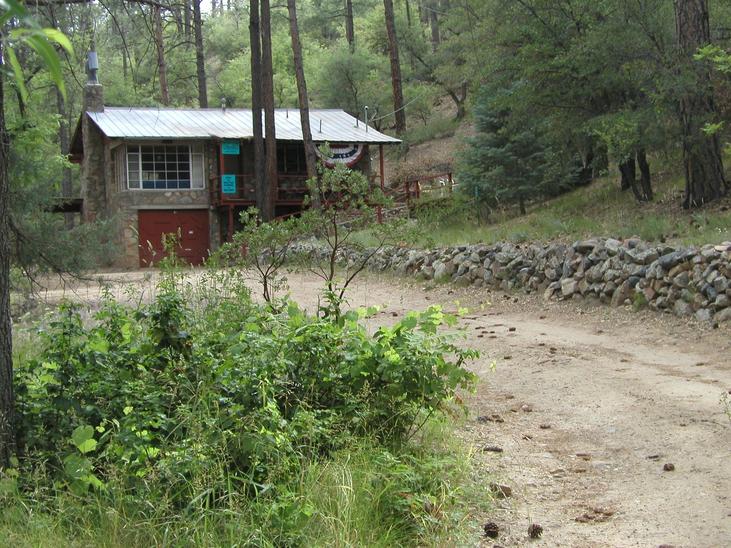 The evolution of a once-popular private resort to public open space illustrates how the land trust works with landowners to preserve natural landscapes, history, and recreational opportunities.

Sherman Payne’s great-grandfather settled in the Granite Dells north of Prescott in 1880. The homestead was named after the surrounding geology consisting of exposed bedrock and large granite boulders that, along with centuries of erosion, lend a rippled effect to the landscape. The 32-acre property was eventually developed by the Payne family, along with partners, the Wings, into the popular Granite Dells Resort, which operated from 1922 to 1971, attracting locals and tourists with a swimming lake, dance and pool hall, fishing lake, cabins, and other amenities.

It is believed the original pond was established by Native Americans who may have dug out a natural spring to water agricultural crops. The original spring-fed catchment was enlarged into an A-shaped concrete swimming lake. At some point a well was added to augment the pool, which held 3 million gallons of water.

The resort closed in 1971 when Sherman was no longer able to operate it, and increasing insurance costs made it financially difficult to continue the business. Although the swimming lake is now empty, history still flows from the property.

Following the establishment of the easement, the City of Prescott purchased the property and added it to its open space holdings and public recreational trails network.
‍ 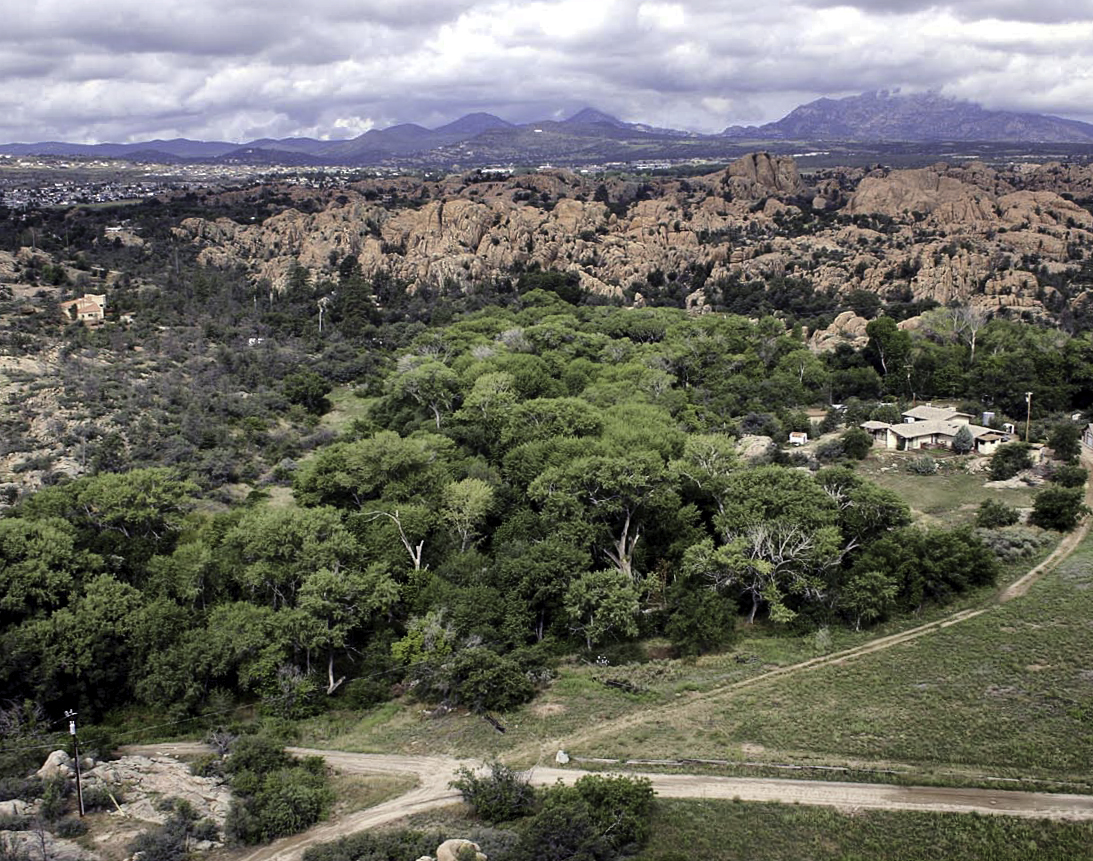 Skull Valley rancher Dave Jenner began assembling smaller ranches in the 1950s to create the W Diamond, containing a total of  4,296-acre deeded acres. Dave had the vision to place his ranch under the protection of an agricultural conservation easement with the Central Arizona Land Trust in 2007.

In return for donating the easement to the Central Arizona Land Trust, Jenner received federal tax benefits specific to conservation easements, along with the peace of mind that his ranch, including its rich bottomlands and water resources, will forever remain intact.

In June 2015, the ranch sold to the Haverfield Family Trust. Vern Haverfield and Claudette (Haverfield) Johnson were delighted to buy the ranch after admiring it for some time. Today, Claudette continues running the ranch as a cattle operation, now called the Seven Spear Ranch.

The property is not open to public access. Please respect the rights of the landowner.
‍ 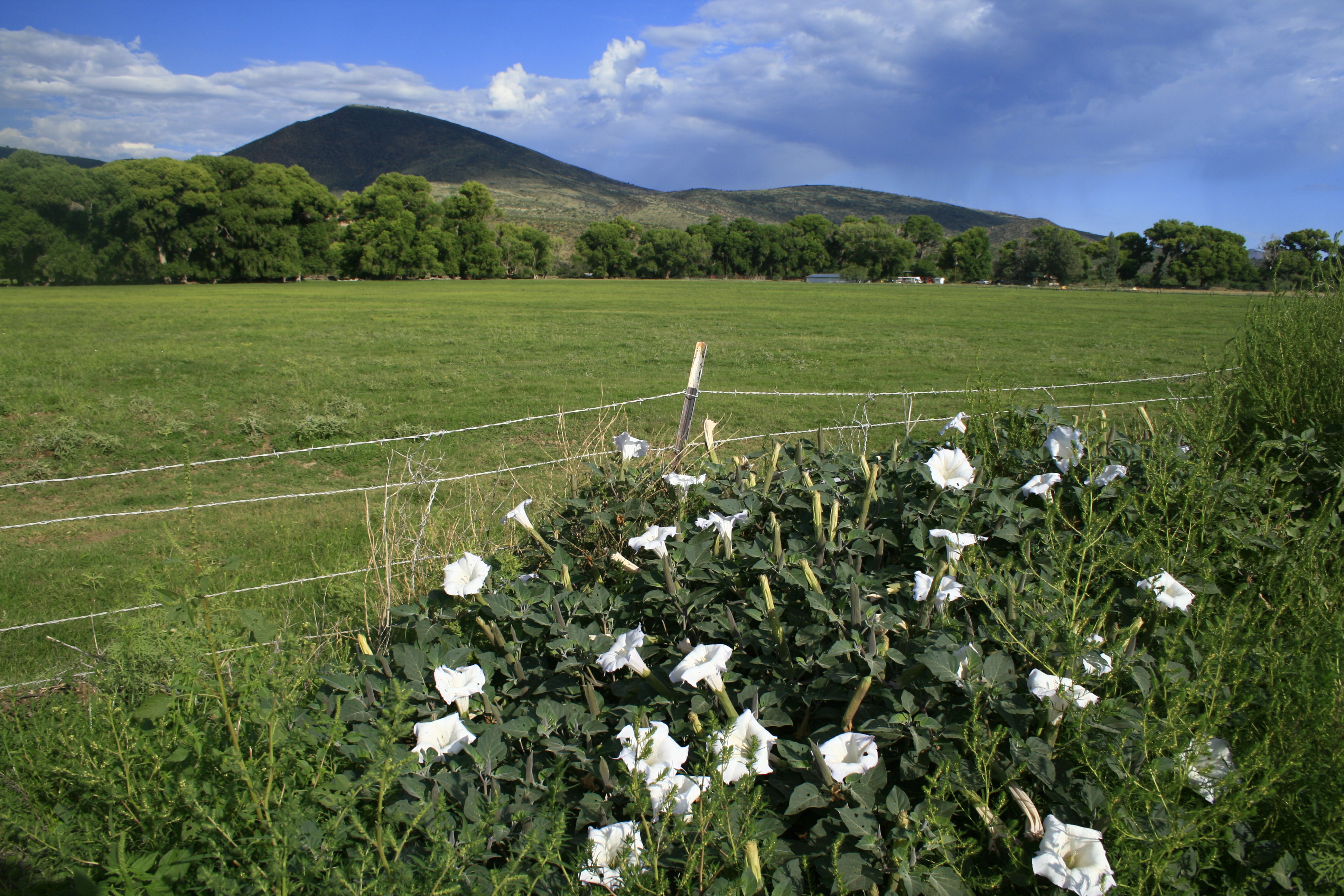 At 254 acres, Frontiere Phase I Conservation Easement was acquired in June 2019.
‍
The Property’s ecological diversity and scenic values derive from its unique location in the Rogers Lake floodplain. The viewshed from the Property extends for a number of miles in all directions, particularly to the north, where views of the San Francisco Peaks (15 miles distant) are common on clear days.

Notable vegetation types include Ponderosa pine, with an element of pinyon, juniper, and oak woodlands, which are distributed on the margins of the Rogers Lake floodplain. The Property also contains montane grasslands that are found growing above flooded areas and as an understory component to larger trees (pines, pinyons, junipers, and oaks). 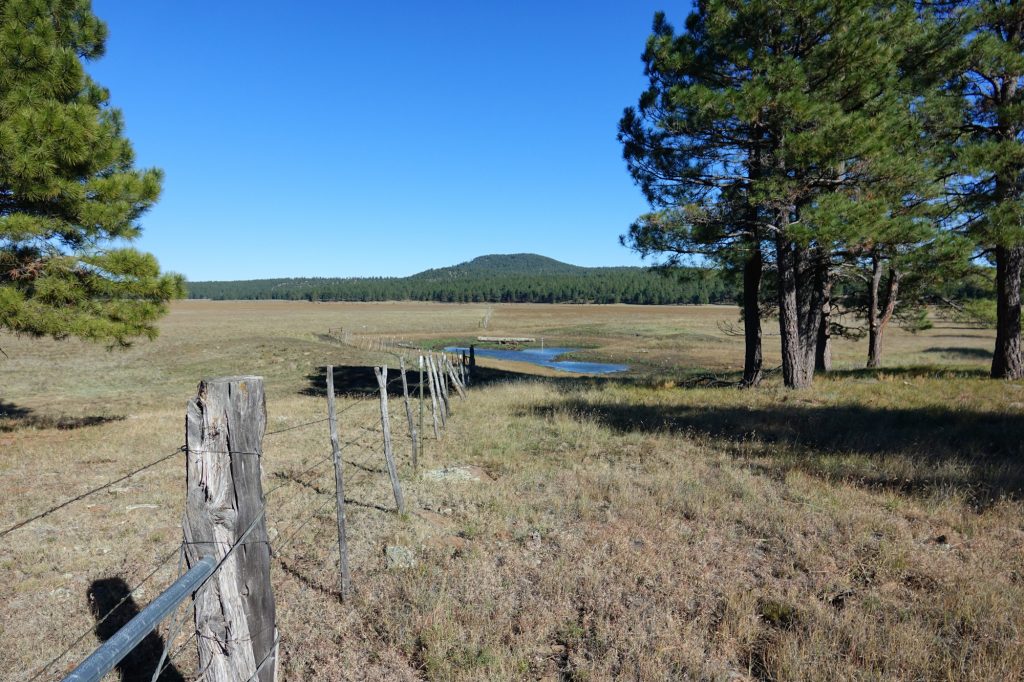 Nestled in the heart of Humboldt, the lushness of the Coldwater Farm allows you to feel as if you have entered the Secret Garden. Owners Garry and Denise Rogers chose to call their home Coldwater Farm, inspired by the flowing waters of the Agua Fria River that runs through their property. Noticing an abundance of bird species, Garry began keeping a bird list that is now up to 127 species. For instance, the southwestern willow flycatcher and the yellow-billed cuckoo are using the Coldwater Farm for breeding, according to surveys by the Audubon Society, Arizona Game and Fish Department, and the U. S. Fish and Wildlife Service. These two species are considered Neotropical migrants and are listed as threatened and endangered, respectively.
‍
Following the exciting results that the property was supporting two rare species, the Rogers Family contacted Central Arizona Land Trust (CALT) in 2017 to begin the process of placing a conservation easement on Coldwater Farm.  The easement was completed in August 2019. Coldwater Farm has high potential for habitat improvement, thereby increasing plant and animal diversity and abundance across the property. Additionally, the water resources attached to the land will be protected by the new conservation easement, thus further supporting the conservation values. 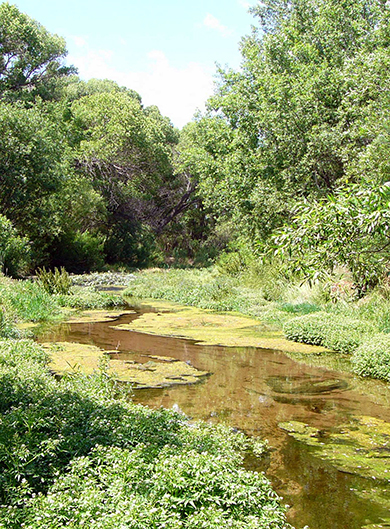 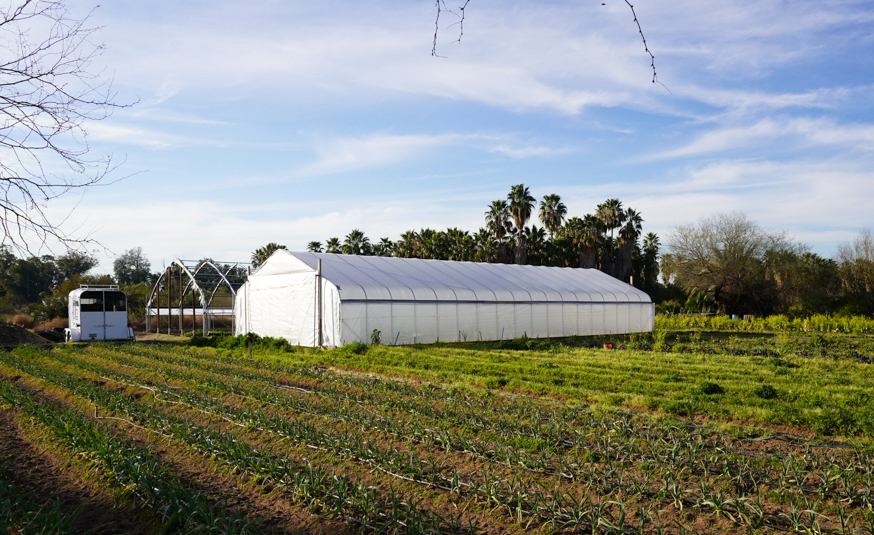 To preserve and protect open space, wildlife habitat, working agricultural lands and the scenic and cultural values of northern and central Arizona for future generations.

The Central Arizona Land Trust is an Arizona nonprofit corporation and is tax exempt under Section 501(c)(3) and a qualifying organization under Section 170(b)(1)(A)(vi) of the Internal Revenue Code for the acceptance of conservation easements.